"BELIEVE IT OR NOT "GOD DID" 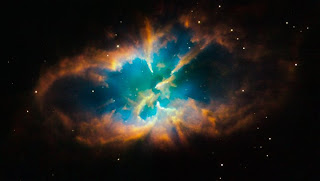 The statement "IN THE BEGINNING GOD " is the most controversially profound truth ever recorded. It declares the CREATOR LIVES....! OUTSIDE ...OF ALL THINGS HE CREATED....INCLUDING TIME. He is neither constrained or confined by its limitations. (Gen 1:1, Jn 1:1-3)
Time actually began with the creation of the angelic host. This includes lucifer And the angelic beings that followed him,who became the demonic hordes. (Isa14:12-15,Ezekiel 28:13-19, Jude 1:6)
Likewise the angelic host of heaven, which surround the throne of God, were also created. These beings are eternally committed to His praise his service, and the protection of His saints. (Isaiah 6:1-4, Psalms 34:7)
Time is a none renewable resource that is quickly running out. The devil knows his time is short. (Matt 25:41, Rev 12:7-9, 1 Peter 5:8)

This malignant being believed he could overthrow his creator, is now caught up in the continuum destined for eternal destruction. His defeat at the cross and Christ's victorious resurrection from the tomb sealed his fate.
Some point in this limited expanse of time GOD CREATED MAN in HIS image, after creating the universe the earth and the garden with the "Tree of Life & the Tree of the knowledge of good & evil".
Gods intended for the man and woman to live forever in perfect harmony in this garden that HE had created for them. He gave them dominion over the whole earth and all the animals that were created and told Adam to name each one.
This dominion was not just limited to planet earth, but to the whole solar system and the universe. The vastness of which, testifies of the existence of GOD THE CREATOR .
The evolutionary physicists and biologists are caught between a rock and a hard spot...because GOD THE CREATOR...put HIS laws governing how...gravity, magnatisim, light, and the shear distances of the universe presented paradoxes that time after time brought them face to face with the fact "IN THE BEGINNING GOD" !
Like wise the biologists working with the newly discovered DNA molecule realized it was the numerical sequenceing for all living things each unique and infinitely diverse. Once again they had to deal with the unacceptable fact "IN THE BEGINNING GOD"! (Romans 1:19-22)


Posted by SHIELD OF FAITH MINISTRIES at 7:51 PM