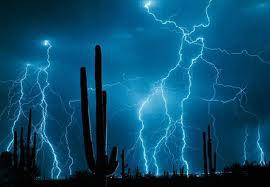 9  Do you not know that the unrighteous will not inherit the kingdom of God?  Do not
be deceived. Neither fornicators, nor idolaters, nor adulterers, nor homosexuals
, nor sodomites,
10  nor thieves, nor covetous, nor drunkards, nor revilers, nor extortioners
will inherit the kingdom of God.
11  And such were some of you. But you were washed, but you were sanctified, but
you were justified in the name of the Lord Jesus and by the Spirit of our God.

How about "SAD,SICK,and SORRY?"...you could add "Biologically Unsound, or perverted"...the conclusion of a sad saga began by the Clintons and the activist Gay Community....Many battle hardened Senior officer and NCOs left the service of our country, because the crew that came in with the Clintons proclaiming "We're in control now"...despised our Armed Forces and its histroy pride in service and went about to "humble and humiliate"any senior or staff level officers that disagreed with this illegal "executive order"or even overheard complaining about the "commander in chief (small "c")directive"...was marginalized and under constant scrutany as the closet officer were strategically promoted to lock in the directive. This "sickness"that the society of pshyciatrics back in the late 60's or early 70's decided was a "natural condition", because they were unable to find a proper treatment. The fact still remains no society has ever prospered while promoting this abhorrent death style. Unable to reproduce naturally they still like every living thing have the need to reproduce and the only way is to make it socially acceptable from kindergarten to the boardroom and the Pentagon is to corrupt and recruit and pervert.

By ROBERT BURNS, Associated Press WASHINGTON -- After years of debate and months of final preparations, the military can no longer prevent gays from serving openly in its ranks. Repeal of a 1993 law that allowed gays to serve only so long as they kept their sexual orientation private took effect Tuesday at 12:01 a.m. EDT. Some in Congress still oppose the change, but top Pentagon leaders have certified that it will....Go forward with it's implementation..


Posted by SHIELD OF FAITH MINISTRIES at 3:40 AM