The obvious frantic purpose of "criminalizing Christianity" in our military. Our military in it's long and glorious history is not known for atrocities committed against civilian populations...and yes their are BLACK SPOTS in that history such as the TRAIL OF TEARS,WOUNDED KNEE,ME-LIE these are the acceptances not the rule...WHY? WE HAVE A BOTTOM LINE AND HIS NAME IS JESUS...or should I say we did until the criminal OBAMA REGIME AND IT'S FANATICAL PROGRAM OF PURGING ANY AND ALL REFERENCE TO CHRISTIANITY AND IT'S PRINCIPALS FROM THE RANKS OF OUR MILITARY. What is allowed? How about SHARIA LAW...let the BEHEADING BEGIN! 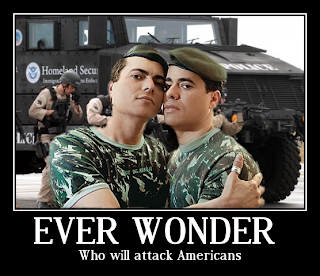 NAZIFACATION OF THE U.S. MILITARY 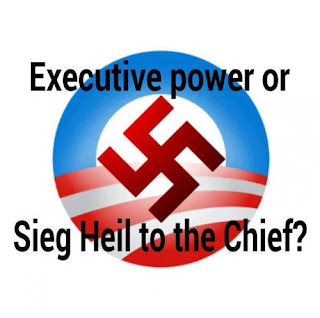 ROMANS 1:26 For this cause God gave them up unto vile affections: for even their women did change the natural use into that which is against nature:
27 And likewise also the men, leaving the natural use of the woman, burned in their lust one toward another; men with men working that which is unseemly, and receiving in themselves that recompense of their error which was meet.
28 And even as they did not like to retain God in their knowledge, God gave them over to a reprobate mind, to do those things which are not convenient;
29 Being filled with all unrighteousness, fornication, wickedness, covetousness, maliciousness; full of envy, murder, debate, deceit, malignity; whisperers,
30 Backbiters, haters of God, spiteful, proud, boasters, inventors of evil things, disobedient to parents,
31 Without understanding, covenant breakers, without natural affection, implacable, UN-merciful:
32 Who knowing the judgment of God, that they which commit such things are worthy of death, not only do the same, but have pleasure in them that do them.

This is why the need to move the IDENTITY FRAUD ISSUE to the front of all LEGISLATIVE AGENDAS IN THE HOUSE OF REPRESENTATIVES AND LET THE SENATE PLAY CATCH UP AFTER THERE COMPLICITY IS EXPOSED. THIS WOULD "NEUTRALIZE" THE BLACK MAIL FACTOR OF THE "PRISM SYSTEM"....GET IT DONE! BEFORE MILLIONS DIE....OH SAY CAN'T YOU SEE????? WAKE-UP          S  E  L  A  H
Posted by SHIELD OF FAITH MINISTRIES at 11:35 AM