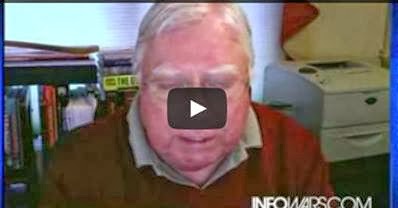 
You know one morning those who still believe this OBAMA regime is doing this just to SAVE MONEY AND SUPPORT SOCIAL PROGRAMS you will wake up one morning and realize that a GOVERNMENT ABLE TO SUPPLY ALL YOUR NEEDS IS LARGE ENOUGH TO TAKE EVERYTHING YOU HAVE INCLUDING THE FOLLOWING "LIFE,LIBERTY AND PURSUIT OF HAPPINESS" AND ALL THE CONSTITUTIONAL RIGHTS THAT SUPPORTS THESE. Like in NAZI GERMANY and the SOVIET UNION AND CHINA...you get THAT MIDNIGHT OR 3 O'CLOCK KNOCK ON YOUR DOOR,AND A BUS WAITING TO TAKE YOU TO A FEMA CAMP....ARMY CRIPPLED BUT DHS IS BEING BEEFED UP FOR "DOMESTIC OPERATIONS"....

On Thursday, Terry M. Hestilow, a retired Army officer with nearly 30 years of service under his belt, as well as combat experience in both Vietnam and Afghanistan issued a dire warning to all Americans.

The following warning was posted on Hestilow’s Facebook page:

I fully intend to address this in far greater detail within days, but ask yourself, with all the law enforcement available in the United States, who the DHS is preparing to declare war on inside the U.S.?

With the massive purchases of almost 3,000 new armored vehicles (MRAPs) and 1.6 BILLION rounds of ammunition, with associated weapons,who in the U.S. do they intend to kill? Short answer: You and me!Anyone they think is standing in their way to impose a new Marxist government! Anyone who stands for the U.S. Constitution!

We must demand that our representatives (Senators and U.S. Representatives) stand firm and immediately force, by law if necessary, the DHS turn over their arsenal of war making equipment to the Department of Defense.

Nothing justifies this massive arms build up of an agency whose jurisdiction is internal within the United States of America! They are preparing to go to war against American citizens!

Don’t wait on people like John McCain or Lindsey Graham to recognize the threat! Citizens you must demand Congress act to force these weapons, ammunition, and armored vehicles be turned over immediately to the DoD! Then let us dissolve the DHS (or SA, or SS… whatever you call them)!

Hear me, America. The DHS can only be preparing to declare war on us with the arsenal of weapons and equipment they are purchasing as they methodically dismantle our legitimate military made up of patriotic Americans!

If I live and still have a page to speak out on later this week, I will discuss a proper Constitutional response in a couple of days. Standby. Out.

Of course, this comes on the heels of the news that DHS is purchasing 2,717 ’Mine Resistant Protected’ vehicles for urban use.

In light of the Obama administration’s push for gun-grabbing legislation, a flurry of “multi-agency training drills” inside our cities and towns, the dismissal of several well-respected military leaders and the purchase of urban tanks, along with 2 billion rounds of ammunition…

one need not be a conspiracy theorist to be genuinely concerned about the imminent threat to our freedoms, as well as to our very lives.

Posted by SHIELD OF FAITH MINISTRIES at 10:09 AM