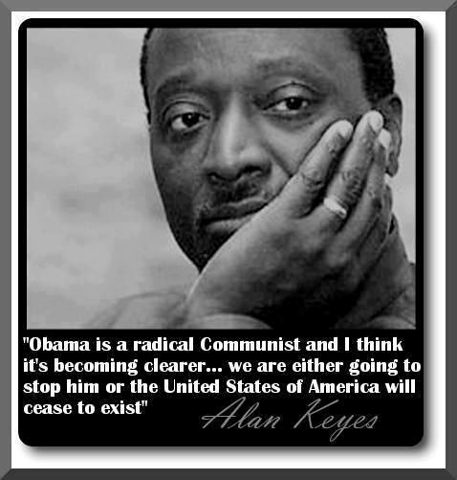 … This was the nature of the willfully fabricated lie about the source and nature of the Benghazi attack. Is it just a coincidence that this corresponds with the party line, as it were, of the radical Communists Obama sought out as a student in his youth; and with whom he collaborated as a political activist until it became strategically imperative to lie about his ideological identity? If the lie is a weapon in their campaign to consolidate political power, what is the strategic import of the fact that it serves to hide and distract from terrorist threats that may be intended to destabilize and overthrow the government established by the Constitution of the United States (particularly in the context of the Benghazi episode’s possible connection with the Obama faction’s ongoing collaboration with anti-U.S. elements involved in Syria’s civil war? (“Benghazi lies: High crimes and misdemeanors?” May 16, 2013)
Whatever Obama, Hilary Clinton, Susan Rice and other Obama faction officials were seeking to achieve with their lies about the terrorist murders of U.S. officials in Benghazi; whatever the full extent of the ideologically motivated political abuses at the IRS, one thing is clear. Except for mindless apparatchiks, thoughtlessly loyal to the Obama cult (like Chris Matthews and Al Sharpton, for example), no sane person can now consider it crazy or irrational to distrust the words and actions of those presently controlling the U.S. government. These scandals show the self-serving “chutzpah” of Obama’s snide dismissal of people who “warn of government as nothing more than some separate, sinister entity that’s at the root of all our problems. … They’ll warn that tyranny [is] always lurking just around the corner. You should reject these voices.”
In one respect, Obama’s words ring true. Tyranny isn’t just around the corner. It is already upon us. (“Totalitarian subversion – can we awaken from the nightmare?” May 18, 2013)
… [T]he Benghazi episode continues to be haunted by the same questions raised by their specious cover story about angry Muslims reacting spontaneously to a purported insult to Islam. What was going on at Benghazi that required, and still apparently requires, deceitful evasion, distracting story lines and all the other camouflage of psychological war? Are these means being deployed in defense of the Constitution and people of the United States? Or are they being used to hide the fact that something about Benghazi resembles the recent Bergdahl swap – so that the truth of it would add to the conviction that the Obama faction pursues an agenda that includes giving aid and comfort to America’s enemies? (“Sawyer retools media story line re Hillary and Benghazi,” June 11, 2014)
There is no doubt that Obama spent his whole life preparing to be the lens for bringing into focus forces capable of destroying the United States. There is no doubt that he should be held to answer for the actions he is taking to fulfill this function. Because they refuse to do so, the quislings who now make up the GOP’s leadership run afoul of a common-sense maxim most Americans are aware of because of our nation’s love affair with the automobile: When two parties are implicated in producing a destructive result, blame falls on whichever party has the last clear chance to avoid it. (“Only U.S. House has initiative to check Obama’s tyranny,” Aug. 4, 2014)

I take issue with those who are willing to take Barack Obama at his word when he says that he and his cohorts “don’t have a strategy for dealing with ISIS.” Readers who take the time to go through the articles from which the above quoted passages are taken will understand why. I think the Obama faction has been implementing a strategy that involves “dealing with ISIS” for some time. These days the word “strategy” is used to refer to a general plan for achieving a goal. But at its root it refers to a general’s plan for war.
Once we remember this root meaning we realize that, in order to understand what strategy is at work, we must first answer the critical question: Who is the enemy? In light of their declared hostility toward the United States, and the grisly murders they have perpetrated on account of it, we naturally assume that, when someone purporting to be the president of the United States speaks of a strategy for dealing with ISIS we are right to assume that they are the enemy. But the statements and actions of Obama and his cohorts suggest the likelihood that, in the strategy he is pursuing, the enemy is not ISIS, but the life and liberty of the people of the United States.
In his statement after Jim Foley was murdered Obama said disparagingly of the perpetrators that “They may claim out of expediency that they are at war with the United States or the West, but the fact is they terrorize their neighbors. …” He was speaking in the context of the gruesomely hostile murder of an innocent American citizen, dramatically enacted and publicized as an act of war against the United States. So what sense did it make to imply that the perpetrators’ claim to be at war with us is at all questionable?
Finally, the carefully researched truth about what occurred in Libya 9/11, 2012 — don’t miss “The REAL Benghazi Story: What the White House and Hillary Don’t Want You to Know”
It makes no sense, except perhaps as a lawyer’s quibble. Taken as such, it seems calculated to obfuscate the charge of treason that ought to be duly brought and tried if and when a serious investigation shows it to be a fact that that Obama and his cohorts aided and abetted the terrorist forces that constitute ISIS; that they did so in ways that risked and eventually claimed American lives, including innocent civilians, and military, diplomatic and security personnel, e.g., at Benghazi; and that they did so covertly precisely because they knew the declared aim of the terrorist forces in question and understood, therefore, that those forces are committed to making implacable war on the people of the United States and their self-government.
If Jim Foley was murdered, and other Americans died in Benghazi and elsewhere, because of Obama’s aid and comfort to avowed enemies of the United States, getting to the truth is vital to our survival as a free people. But the only way a true and thorough investigation into these and other high and crimes and misdemeanors will ever take place is by means of a national inquest into the conduct of Obama and his collaborators, using the process for impeachment and trial provided for in the U.S. Constitution. The 2014 election is the opportunity for concerned Americans to elect a Congress so composed as to initiate and carry out this process, vital to our survival as a free people. Have you joined the Pledge to Impeach mobilization? Are you urging everyone you can influence to do likewise?

Read more at http://www.wnd.com/2014/09/in-obamas-strategy-for-isis-the-enemy-is-us/#vhDcBwibsMjEK04E.99
Posted by SHIELD OF FAITH MINISTRIES at 6:40 AM