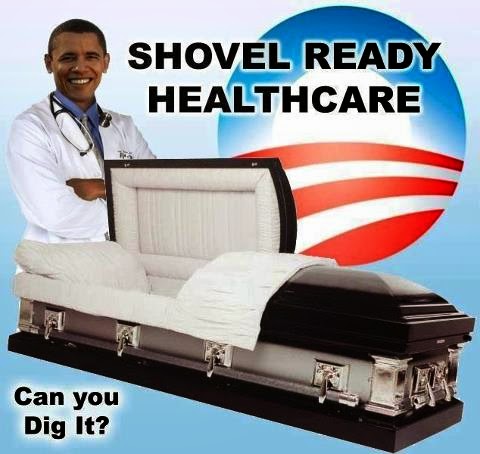 Last week, esteemed doctor and one of our Obama-Care Architect Overlords penned a column for the Atlantic that should win a Pulitzer Prize for passive-aggressive shaming. Although Emanuel claims that *he* doesn't want to live past the age of 75, the article itself could have been a listicle titled, "Top 15 Reasons No One Over 75 Should Receive Healthcare."

Emanuel even includes a monstrous but brightly colored graph that is meant to tell anyone over 75 that their "last contribution" to society likely occurred more than a decade ago.
Good God.
The phrase "the banality of evil" gets bandied about a lot. Emanuel's column, which in reality is a public service announcement meant to begin a debate about the way in which we prioritize healthcare, takes the prize in that department.
And yes, Emanuel's article is an act of evil, written by a soulless bureaucrat with no respect or compassion for the individual. Emanuel's only concern is for the collective, the State. And he is exactly the kind of "medical professional" many feared would grab hold of our healthcare system if the Federal government got their hands on it -- which it now has.
Thanks Obama!
Leftists like Emanuel don’t see human life as anything more than utilitarian. They see nothing special or unique or inviolable about the Individual or life itself. For them, creating an orderly and structured Utopia takes precedent over the value and rights of the Individual. Abortion is a perfect example. Unwanted children mess up society. Unborn children with handicaps are imperfect and have no place in a society striving for perfection. So they are stripped of their rights, and as a result, by the millions, we break their spines and suck out their brains and call it "choice."
Not everyone on the Left is as coldly robotic as Emanuel, but there's a strain of this thinking throughout the Democrat Party; the idea that individual liberty and the rights of the individual must be subjugated by the need to perfect society and the future. Fat-shaming is a perfect example. Instead of leaving people alone to live life how they want, the Left is shaming them with the busybody argument that their obesity is everyone's business because it costs society money through increased health care costs.
And now Emanuel is hoping to use the Fed's grab of our healthcare system to create policies that will more quickly rid society of those "leeches and takers" you and I call Mom, Dad, Grandpa and Grandma.
Emanuel's method is brilliantly sinister. Using figures and science and facts, he's just sayin'!
I've broke Emanuel's madness down into a handy listicle and highlighted the real jaw-droppers:
1. But over recent decades, increases in longevity seem to have been accompanied by increases in disability—not decreases.
2. My father illustrates the situation well. About a decade ago, just shy of his 77th birthday, he began having pain in his abdomen. Like every good doctor, he kept denying that it was anything important. But after three weeks with no improvement, he was persuaded to see his physician. He had in fact had a heart attack, which led to a cardiac catheterization and ultimately a bypass. Since then, he has not been the same.
3. The bad news is that many of the roughly 6.8 million Americans who have survived a stroke suffer from paralysis or an inability to speak.
4. So American immortals may live longer than their parents, but they are likely to be more incapacitated. Does that sound very desirable? Not to me.
5. Half of people 80 and older with functional limitations. A third of people 85 and older with Alzheimer’s. That still leaves many, many elderly people who have escaped physical and mental disability. If we are among the lucky ones, then why stop at 75? Why not live as long as possible?
6. Even if we aren’t demented, our mental functioning deteriorates as we grow older. Age-associated declines in mental-processing speed, working and long-term memory, and problem-solving are well established.
7. Conversely, distractibility increases. We cannot focus and stay with a project as well as we could when we were young. As we move slower with age, we also think slower.
8. It is not just mental slowing. We literally lose our creativity.
9. Living parents also occupy the role of head of the family. They make it hard for grown children to become the patriarch or matriarch.
10. When parents routinely live to 95, children must caretake into their own retirement. That doesn’t leave them much time on their own—and it is all old age.
11. How do we want to be remembered by our children and grandchildren? … We want to be remembered as independent, not experienced as burdens.
12. But even if we manage not to become burdens to them, our shadowing them until their old age is also a loss. And leaving them—and our grandchildren—with memories framed not by our vivacity but by our frailty is the ultimate tragedy.
13. This means colonoscopies and other cancer-screening tests are out—and before 75. If I were diagnosed with cancer now, at 57, I would probably be treated, unless the prognosis was very poor. But 65 will be my last colonoscopy.
14. After 75, if I develop cancer, I will refuse treatment. Similarly, no cardiac stress test. No pacemaker and certainly no implantable defibrillator. No heart-valve replacement or bypass surgery. If I develop emphysema or some similar disease that involves frequent exacerbations that would, normally, land me in the hospital, I will accept treatment to ameliorate the discomfort caused by the feeling of suffocation, but will refuse to be hauled off.
15. Flu shots are out.
This is what decent people would call the mission statement of a death cult.
When you look at society as a whole, instead of people as individuals, wiping out everyone over 75 looks like a great idea. Moreover, so does aborting unwanted pregnancies and "imperfect" fetuses.
Using a slide rule, all kinds of clinical madness sounds smart, even compassionate; The Greater Good, and all that.
What's so unsettling is that Emanuel and his ilk aren't trying to save money or improve quality of life. The endgame with ObamaCare has nothing to do with that. ObamaCare is the vehicle and this "cost-saving" propaganda is nothing more than the roadmap to crafting the Left's twisted version of Utopia.
Posted by SHIELD OF FAITH MINISTRIES at 12:56 PM