CNN goes to war with broadcast giant on Ebola

CNN goes to war with broadcast giant on Ebola 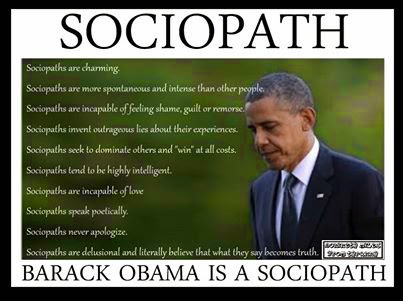 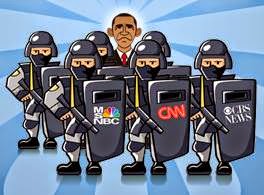 Michael Savage
CNN is accusing talk-radio host Michael Savage of spreading “wild conspiracy theories” about Ebola and claiming Obama is purposely trying to infect U.S. troops and the nation with the deadly virus.“Speaking of wild conspiracy theories, conservative talk-radio host Michael Savage, who has one of the biggest radio audiences in the country, has even been suggesting that this is all some Obama plot to purposely infect the nation,” CNN’s Jake Tapper said in a segment on his show headlined, “Dangers of Ebola: Myths and misconceptions.”CNN then played a clip of Savage telling listeners of his nationally syndicated show, “There’s not a sane reason to take 4,000 troops and send them into a hot Ebola zone without expecting at least one of them to come back with Ebola, unless you want to infect the nation with Ebola.”Tapper then said, “It’s hard to even know where to start with that one – the idea that the president wants to infect soldiers and then Americans. It’s so unhinged, we should probably not bother dignifying it with fact-checking.”


Savage – who has a doctorate in epidemiology and coined the president’s nickname, President Obola – didn’t indicate that Obama actively sought to infect soldiers. He expressed his alarm at the prospect of sending thousands of U.S. troops into a hot zone and potentially exposing them to the deadly virus. Reacting to Tapper’s segment, Savage told WND, “Since health workers in full biohazard gear have contracted Ebola, why wouldn’t we expect one of the 5,000 U.S. soldiers sent into the epicenter of one of the world’s most virulent epidemics to contract the virus?“Common sense would dictate not to send soldiers into this region without expecting some of them to contract the disease – common sense, which is lacking in Tapper’s illogical mind,” he said. “Moreover, the U.S. government is violating the primary rule of epidemiology by exposing our young men and women to this deadly virus.” Savage has also charged that Ebola has entered the U.S. because of Obama’s open-borders policy.He said Obama refused to employ the basic epidemiological rule of quarantining a deadly virus, “because the far-left agenda is to have an open-borders policy.”During his Oct. 1 show, Savage said the “only solution is zero travel in and out of West Africa for any American.”“You let nobody in from a country where you have a raging epidemic,” he said, emphasizing “microbes do not discriminate.”“You isolate and you quarantine an entire nation, if necessary.”Savage addressed the argument that it’s not practical to isolate an entire country or region. “Is it practical to risk the spread of a killer illness?” he countered. Savage holds master’s degrees from the University of Hawaii in medical botany and medical anthropology and a Ph.D. from the University of California, Berkeley, in epidemiology and nutrition sciences. He is just one of many high-profile experts to be concerned about the prospect of U.S. troops becoming infected. Gen. David Rodriguez, the top U.S. general overseeing operations in Africa, has publicly said if U.S. troops contract Ebola, they will receive the same treatment given to U.S. aid workers who fell ill with the virus.On Oct. 12, ABC News medical expert Richard Blesser said there’s a “very real” possibility troops may come into contact with Ebola victims and contract the virus. “Right now we have a situation where only 20 percent of patients with Ebola are being treated in treatment units,” Besser told ABC News host Martha Raddatz. “So there are a lot of patients who have Ebola who are not in a protected environment. So the possibility of a soldier getting Ebola is very real and something we have to be ready for.”As WND reported, Sen. Rand Paul, R-Ky., a licensed physician and a possible presidential candidate in 2016, warned, “You also have to be concerned about 3,000 soldiers getting back on a ship. Where is disease most transmittable? When you’re in very close confines on a ship. We all know about cruises and how they get these diarrhea viruses that are transmitted very easily.”Paul asked, “Can you imagine if a whole ship full of our soldiers catches Ebola?”WND also reported, two retired U.S. Army generals blasted Obama’s decision to send U.S. troops to West Africa to battle the Ebola virus epidemic, saying the military is to fight wars, not disease.In exclusive interviews with WND, retired U.S. Army Lt. Gen. William “Jerry” Boykin and retired U.S. Army Maj. Gen. Paul E. Vallely condemned Obama’s decision, as U.S. Defense Secretary Chuck Hagel approved up to 4,000 boots on the ground from a previous ceiling of 3,000. The concern is that the soldiers could bring Ebola to the United States and potentially spread the disease as they rotate back to the United States and are assigned to other units.WND reported when Dr. Lee Hieb, former president of the Association of American Physicians and Surgeons, warned, “You can see that these doctors, who are highly trained people, got themselves infected. So sending troops into an area, if they’re dealing one-on-one with a patient, they’re not going to be able to protect themselves very well. It’s not easy to [prevent transmission], because you get tired and you get careless and you make some simple mistakes. All it takes is one virus particle.”Elaine Donelly, president of the Center for Military Readiness, told WND, “I’m just appalled. Judging from this, the United States seems to have a very confused vision of what ‘national security’ means.”“But whether 3,000 American troops should be sent into that area of the world to deal with that problem, I do not see the justification,” Donelly said. “Surely there are alternatives in the international health-care networks.”American military families will be put at greater risk, Donnelly warned.“Here we have a ‘health war’ that could cost our troops’ health,” she said.

Posted by SHIELD OF FAITH MINISTRIES at 8:41 AM