THE
1st VERSE OF THE NATIONAL ANTHEM
IS A PROFOUND QUESTION
"OH! SAY CAN YOU SEE?" 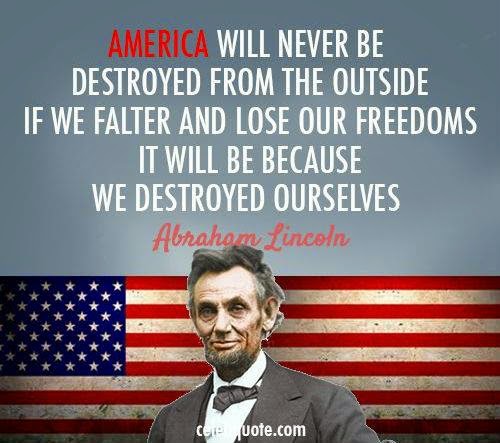 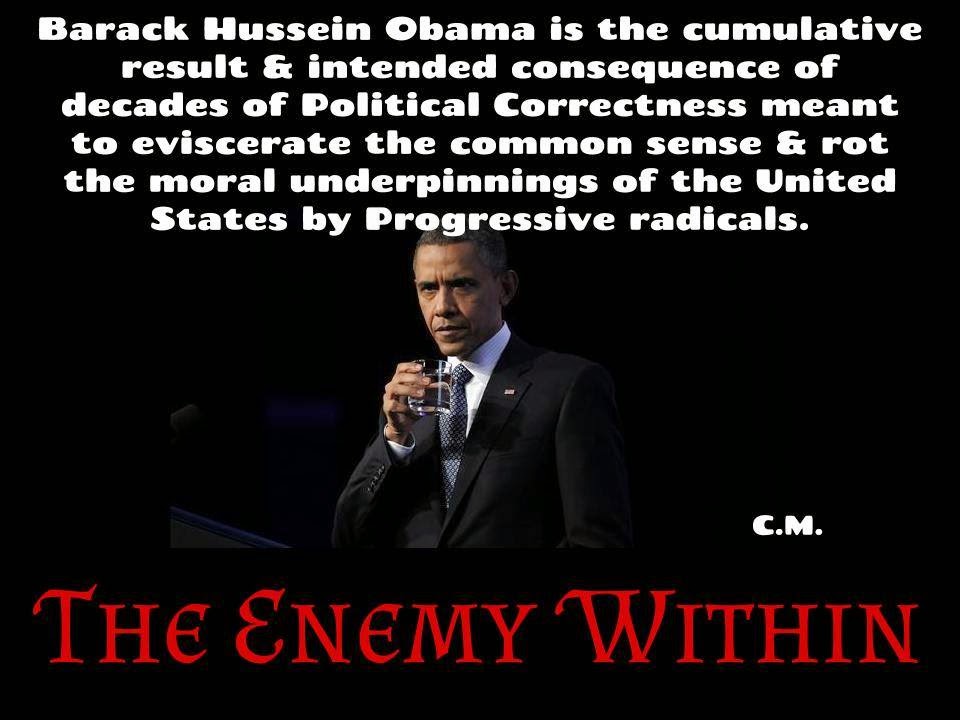 As the nation approaches this historic mid-term election, the answer to that question is more critical then any other that has been put before the American people. The past six plus years of this TREASONOUS administration, under "Barry Soroto aka Barack Hussein Obama"...have truly seen a PROFOUND FUNDAMENTAL CHANGE of America. The problem is everything is worse, the economy,society is imploding, our Armed forces have been demoralized and neglected the actual combat readiness has been compromised. Government corruption in the Executive branch is pervasive. Criminal conspiracy is what appears to be the problem. We have a NON-AMERICAN CITIZEN as president of the UNITED STATES THAT IS DOING EVERYTHING HE CAN TO JEOPARDIZE THE SAFETY OF THE AMERICAN PEOPLE. HE IS REFUSING TO PROTECT OUR SOUTHERN BOARDER, AT THE SAME TIME BREAKING THE LAW BY AIDING THE IMPORTATION, AND DISSEMINATION OF ILLEGAL ALIEN CHILDREN VIA BUS AND AIR TRANSPORTATION ALL OVER THE COUNTRY. They are bringing disease, and financial burdens to school district across the nation, because these children have not been screened for diseases many of which have rarely been seen here. The list is long IE,SCABIES, TB, LEPROSY, FOOT AND MOUTH DISEASE, AND THE RESPIRATORY ENTEROVIRUS HAS CAUSED CHILDHOOD AND INFANT DEATHS. Obama has declared war on the Christians of this nation having shown himself to be a "closet MUSLIM"... SYMPATHETIC TO THE ENEMIES OF THIS NATION, SUPPLYING BOTH AID ,AND COMFORT TO THEIR CAUSES , BOTH COVERTLY AND OVERTLY. TREASON IS BEING COMMITTED RIGHT IN OUR FACES. NOW HE IS BRINGING THE MOST LETHAL DISEASE ON THE PLANET TO OUR SHORES FROM WEST AFRICA "EBOLA"...THE ONLY WAY TO REIN THIS RUNAWAY TRAIN WRECK IS TO WIN THE SENATE AND ARREST AND IMPEACH AND PROSECUTE THE WHOLE EXECUTIVE ADMINISTRATION CHARGE THEM ALL UNDER THE ORGANIZED RACKETEERING STATUES "BAG AND TAG EM ALL" BEFORE HE COMPLETES HIS GAME PLAN..."MARSHAL LAW" AND DICTATORSHIP....The following is a short video by Ambassador Alan Keyes with his analysis and thoughts concerning our situation.

Posted by SHIELD OF FAITH MINISTRIES at 1:15 PM