Ferguson Protesters Threaten That ‘All Hell Is Going to Break Loose’ If Darren Wilson Not Charged
CBS St. Louis reports: FERGUSON (CBS St. Louis/AP) — Tensions are rising in Ferguson as new details about the fatal shooting of Michael Brown emerge

Op-Ed By: Rev. James M.Wesley Jr. 23 October 2014, 4:35 PM
USEFUL IDIOTS...The term Vladimir Lennon coined the phrase "USEFUL IDIOTS"which was an INSIDE JOKE about how the ordinary uneducated and frustrated could be manipulated. Why? To stir up unrest and violence making the goals of the COMMUNIST REVOLUTION achievable.. In the end all of these USEFUL IDIOTS WERE EXPENDABLE AND SOME BECAME A NUISANCE, AND HAD TO BE ELIMINATED.They were driven to riot and burn and loot, and terrorize...it was anarchy,chaos,death and destruction.When the smoke of the REVOLUTION CLEARED they found themselves under an oppressive authoritarian dictatorship it took the people of the SOVIET UNION 75 YEARS to realize the system was
corrupt, and did not work! The system just collapsed, and the coup was BLOODLESS,  because the SOCIALIST MODEL ONLY BENEFITS THOSE IN POWER....That brings us to FERGUSON MISSOURI...THE GAME PLAN HAS NOT CHANGED "USEFUL IDIOTS" are still needed to ignite the flames. They are in the streets burning and looting, and marauding, but when the adrenalin stops pumping, and the awareness they have destroyed their community and there is no credibility that they would be willing to work it out, talk it out,or talk it through....they have found they will not be allowed to GO BEYOND FERGUSON AND INTO ADJOINING MORE AFFLUENT COMMUNITIES TO TAKE IT TO "THE MAN"...it will be to late because in the rubble and smoldering buildings many will be left dead,or dying and maimed....how many? Don't know. What will have been accomplished??? Possible repeats around the country with the same results....OBAMA WANTS TO TURN THE BLACK COMMUNITY UPON ITSELF...WITH "INNER HOOD" INTIMIDATION, THREATS, AND YES ATROCITIES LIKE "WINNIE MANDELA'S"
NECKLACES, they were gasoline filled old tires thrown around men,women, children that would not GET WITH THE PROGRAM....yes OLD SCHOOL STALINIST LENINIST TACTICS....ALL I KNOW IS THIS IS NOT AFRICA AND PEOPLE WILL NOT JUST LAY DOWN AND BE RUN OVER BY THIS OBVIOUS ALIEN GAME PLAN..... 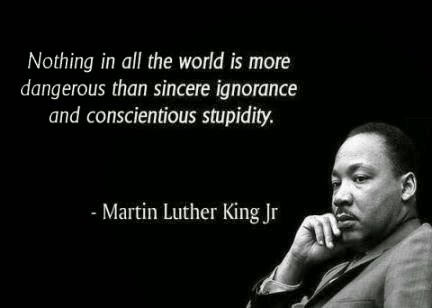 Posted by SHIELD OF FAITH MINISTRIES at 4:40 PM