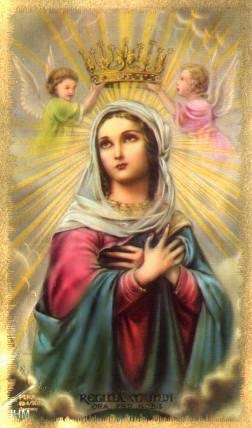 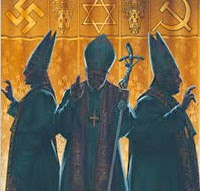 The city of Rome has 7 hills....The Vatican's history starts with COMPROMISE AND GROWS WITH COMPROMISE...POLITICAL,SOCIAL, AND MOST OF ALL SPIRITUAL...That is why you see they make the DISTINCTION BETWEEN THE '"Roman Church" and the "Christian Church"....the BEAST THAT THIS WHORE RIDES IS THE GOVERNMENTAL SYSTEMS OF THE WORLD...

The Catholic Church is the only Religion that have CONSULATE LEVEL representation in every capitol on the planet and in the U.N....

My take on this prophesy has always been IF THE SHOE FITS PUT IT ON!

Rev 17:1 Then one of the seven angels who had the seven bowls came to me and said, “Come, and I will show you how the famous prostitute is to be punished, that great city that is built near many rivers. 2 The kings of the earth practiced sexual immorality with her, and the people of the world became drunk from drinking the wine of her immorality.” 3 The Spirit took control of me, and the angel carried me to a desert. There I saw a woman sitting on a red beast that had names insulting to God written all over it; the beast had seven heads and ten horns. 4 The woman was dressed in purple and scarlet, and covered with gold ornaments, precious stones, and pearls. In her hand she held a gold cup full of obscene and filthy things, the result of her immorality. 5 On her forehead was written a name that has a secret meaning: “Great Babylon, the mother of all the prostitutes and perverts in the world.” 6 And I saw that the woman was drunk with the blood of God's people and the blood of those who were killed because they had been loyal to Jesus.When I saw her, I was completely amazed. 7“Why are you amazed?” the angel asked me. “I will tell you the secret meaning of the woman and of the beast that carries her, the beast with seven heads and ten horns. 8 That beast was once alive, but lives no longer; it is about to come up from the abyss and will go off to be destroyed. The people living on earth whose names have not been written before the creation of the world in the book of the living, will all be amazed as they look at the beast. It was once alive; now it no longer lives, but it will reappear. 9“This calls for wisdom and understanding. The seven heads are seven hills, on which the woman sits. They are also seven kings:
Posted by SHIELD OF FAITH MINISTRIES at 10:10 AM