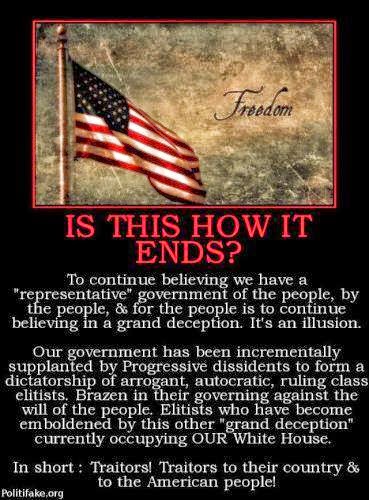 Jail time won't matter if Obama institutes Martial Law. He will be a dictator then and will overrule every judge, and just like in a "banana republic's" suspend congress. I hope some action is taken before he makes his move. Right now he's building the case for Martial Law.  He is setting the scenario up in the most outrageously OVERT WAYS it boggles the mind...as we approach this critical mid-term election that even with "major attempts at election fraud" looks bad for his administration and him personally This man has been diagnosed with two very dangerous "character flaws" SOCIOPATH AND NARCISSIST.. So the calculated and intentional implementation of MARTIAL LAW would be an obvious action. Then the true NIGHTMARE BEGINS. Since MARTIAL LAW is the ultimate goal that would give him "unfettered" powers and light the fuse on possibly a civil war we must recognize categorically the catalysis, that will justify this PRE OR POST ELECTION move. Lets began with (by the numbers)...

1.allowing a flood of contagious illegal aliens to BUM RUSH our southern boarder and then give them free bus and airline transportation to a city or town near you. He has politicized the most lethal disease on the planet (EBOLA) , and open the doors of it's transmission to our nation by bringing infected EBOLA victims to the U.S.

2. refusing to stop all airlines transportation from the EBOLA HOT ZONE NATIONS

4. POURING "GASOLINE" ON THE RACIAL FIRES IN FERGUSON MISSOURI, WITH "INTENTIONAL" RACE BAITING TACTICS BY THE HOLDER DEPT OF JUSTICE. PREMATURE ASSESSMENT OF SITUATION ,AND HIS COMMENTS ABOUT HIS SUSPICIONS (FERGUSON POLICE DEPT)  ON THE MSM ,AND AT THE U.N. PRIOR TO THE GRAND JURY INVESTIGATION.

5. HIS OBSESSION WITH ATTACKING THE 2ND AMENDMENT RIGHTS OF CONSTITUTION.

6. MANIPULATING THE ELECTORAL PROCESS BY ALLOWING ILLEGAL ALIENS THE ABILITY TO VOTE (IF UNCHALLENGED) IN UPCOMING ELECTIONS.

Somebody kick the JOINT CHIEFS OF STAFF IN THE ASS!!!....They know they are the last line of defense in a closing window of opportunity...as Christians we know who wins because WE'VE READ THE END OF THE BOOK. The issue though is, as long as we are here, we need to continue to WATCH FIGHT AND PRAY. That being said they know (JOINT CHIEFS & SECRET SERVICE) This impostor means to destroy our NATION WITH HIS "FUNDAMENTAL CHANGE"...He means to destroy the document they swore to uphold and defend "THE CONSTITUTION OF THE UNITED STATES"...COWARDS AND TRAITORS!! IF THIS CHAPTER IN HISTORY IS EVER WRITTEN TRUTHFULLY THEIR "PARALYSIS OF ANALYSIS"...WILL FOREVER MARK THEM AS THE COWARDS AND TRAITORS THEY ARE.

Posted by SHIELD OF FAITH MINISTRIES at 10:47 PM