IN THE LAST DAYS THERE WILL BE FALSE TEACHERS
AND FALSE PROPHETS, DECEIVERS...
THE "SPIRIT OF ANTI-CHRIST" IS AND HAS BEEN AT
WORK IN THE LIVES OF THE UNBELIEVERS. 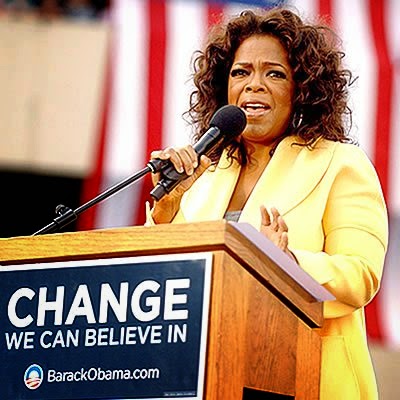 This sad saga we are witnessing during this time of confusion and conflict and racial strife had a genesis. This genesis is the culmination of a multifaceted socialist agenda that unfolded over 60+ years. Our Republic has drifted so far from the FOUNDATIONAL TRUTHS of our nation that we as a people were ripe for the BIG DECEPTION THAT WOULD POSSIBLY BRING ABOUT OUR DOWN FALL.
The doorway to this BIG DECEPTION HAS BEEN VIA THE PEOPLE "WORSHIP OF CELEBRITIES", and the elevation of these from "entertainers, talk show host, news commentators, political pundits" to the status of "LIFE COACHES, SPIRITUAL GURUS, PSEUDO-CHRISTIAN MINISTERS"..
That brings me to the point I am trying to establish. From a Christian prospective all the events occurring in the world and our country today are pointing toward THE END OF DAYS, THE RAPTURE, THE TRIBULATION. Many of you will no doubt just ignore the rest of this commentary...so be it...HE WHO HAS AN EAR LET HIM HEAR. One of the most influential voices from the TALK SHOW COMMUNITY is no doubt OPRAH WINFREY. She was Barack Hussein Obama's  "John the Baptist" using her great influence on the whole population across racial lines to shout the praise of the most corrupt and evil man to ever aspire for the office of PRESIDENT OF THE UNITED STATES.


During the Holocoust Rabbi's in Germany, and Eastern Europe were used to "pacify" the JEWISH community into accept the lie of "RELOCATION CAMPS" so they would go quietly to the CLASSIFICATION SITES, AND THE TRAINS TO THE DEATH CAMPS.....Those who fail to learn the lessons of history, are doomed to repeat them. After these Rabbi's job was completed they had to board the trains themselves. The Church is in the throws of the last days and APOSTASY is rampant. OPRAH WINFREY'S "NEW ENLIGHTENMENT", "Preacher of L.A, Liberation theologians,Homosexual Churches,Liberal Churches in general" Believer you will be held responsible for KNOWING THE SIGNS OF THE TIMES so you won't be deceived. "ACTS 4:12 Neither is there salvation in any other: for there is none other name under heaven given among men, whereby we must be saved."...He has given those who are walking with Him in Spirit and in Truth....a ROAD MAP OF OUR TIMES...THE PROPHETIC WORD OF GOD. Read the Gospel of Matt 24,St Luke 21, II Thess 2,St John 14:15-17,1 John 2:26-27,4:3-6.....

Posted by SHIELD OF FAITH MINISTRIES at 1:19 PM