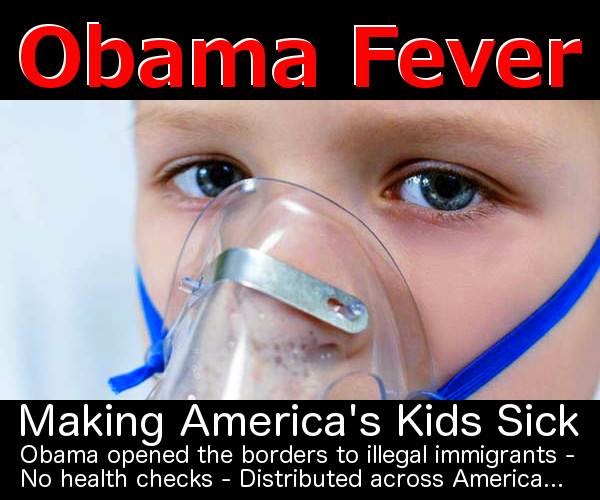 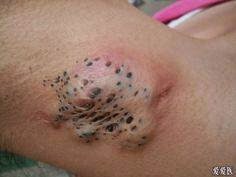 
A flood of illegals has massively surged at our Southwestern borders. The economic impact of medical care, education and incarceration for illegals forced on taxpayers is bankrupting Arizona.

Why are such swarms now entering the United States illegally, particularly children? Newspapers in Mexico and Central and South America are actually describing U.S. “open borders,” encouraging people to come with promises of food stamps or “amnesty.” It is textbook Cloward-Piven strategy to overwhelm and collapse the economic and social systems, in order to replace them with a “new socialist order” under federal control.

Carried by this tsunami of illegals are the invisible “travelers” our politicians don’t like to mention: diseases the United States had controlled or virtually eradicated: tuberculosis (TB), Chagas disease, dengue fever, hepatitis, malaria and measles. I have been working on medical projects in Central and South America since 2009, so I am aware of problems these countries face from such diseases.

A public health crisis, the likes of which I have not seen in my lifetime, is looming. Hardest hit by exposures to these difficult-to-treat diseases will be elderly, children, immunosuppressed cancer patients, and patients with chronic lung disease or congestive heart failure. Drug-resistant tuberculosis is the most serious risk, but even diseases like measles can cause severe complications and death.

TB is highly contagious and is caught anywhere around infected people like schools, malls and buses. The drug-resistant TB now coming across our borders requires a complex, expensive treatment regimen that has serious side effects and a low-cure rate.

Chagas (“kissing bug”) disease, caused by the parasite Trypanosoma cruzi, is carried by the triatomine bug that transmits disease to humans. Although “kissing bugs” are already here, they are not as widespread as in Latin America. Right now, Chagas disease is uncommon in the United States, so many doctors do not think to check for it. Chagas causes fatigue, headaches, body aches, nausea, vomiting, liver and spleen enlargement, swollen glands, loss of appetite. When Chagas reaches the chronic phase, medications will not cure it. It can kill by arrhythmias, congestive heart failure or sudden cardiac arrest.

Vaccine-preventable diseases like chicken pox, measles and whooping cough spread like wildfire among unvaccinated children. Other illnesses, along with scabies and head lice, also thrive as children are transported by bus and herded into crowded shelters — courtesy of the federal government. And treatment costs are borne by taxpayers.

Our public health departments complain of being overtaxed by a dozen cases of measles or whooping cough. How will they cope with thousands of patients with many different, and uncommon, diseases? Americans, especially Medicaid patients, will see major delays for treatment.

Delays to see doctors at a Phoenix VA hospital cost the lives of 40 veterans while waiting for care. This is just a portent of far more deaths to come from delays for Americans’ medical care as thousands of sick illegals swamp already overcrowded emergency rooms. How will these facilities stay open at all under the financial burden of this huge unfunded federal mandate to provide “free” treatment?

People express concern about child endangerment from illegal minors dumped on Arizona streets in 100-degree heat. But a bigger concern is American endangerment from life-threatening diseases added to social and economic collapse from costs of treating hundreds of thousands of illegals.

There are many unanswered questions about this invasion of illegals with unaccompanied children:

• Who are paying for so many impoverished people and young children to get to the U.S. border from Central and South America?

• Why is our government preventing Border Patrol agents from speaking out?

• Why is our government not enforcing our immigration laws as other countries do?

• Why are federal officials transporting illegal immigrants from Texas to Arizona?

Today it is Arizona and Texas. Tomorrow it will be your state, your medical care, your health, your life and your children. Demand Congress stop this flagrant lawlessness at our borders.

Elizabeth Lee Vliet is a preventive and climacteric medicine specialist with practices in Tucson and Dallas. She is past director of the Association of American Physicians and Surgeons and a 2014 Ellis Island Medal of Honor recipient. She appears regularly on FOX News.
Posted by SHIELD OF FAITH MINISTRIES at 8:26 PM