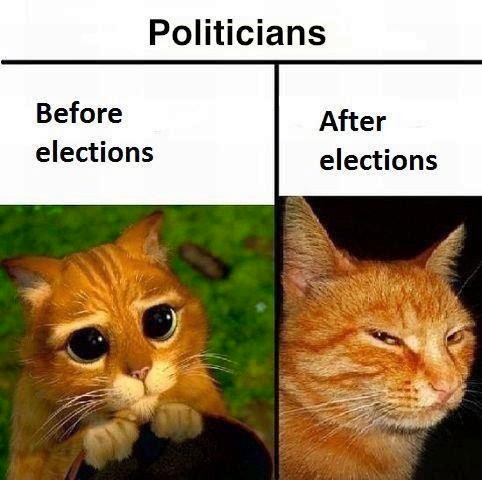 ALAN KEYES
Exclusive: Alan Keyes blasts 'defiant contempt for the decent will of the voters'Published: 14 hours ago


Obama’s recent State of the Union speech to Congress, and the GOP responses to it, put me in mind of the famous observation, sometimes attributed to Benjamin Franklin: Democracy is like two wolves and a sheep voting on what to have for dinner. But in our day, the wolves have increased in cunning and declined in forbearance. To describe contemporary politics, the saying would have to be revised. Our politics is like two wolves in sheepdog’s clothing. To secure their food supply, they convince a great flock of sheep that the tasty stew they eat instead of grass is made from soybeans and lentils. Socialism is the serving dish in which their stewed lamb comes to table.

Both Barack Obama’s speech and the GOP’s response to it ought to awaken conservatives to the fact that the socialist disease that presently affects the body politic is far advanced. Obama spoke as if the 2014 election never happened. He took it for granted that the anti-American, anti-constitutional, socialist agenda Americans soundly rejected at the polls will stand, no matter what the voters think of it.

Inflated with this arrogant presumption, he confidently scoffed at the prospect that Congress might act to halt his dictatorial career. Like Zeus brandishing his thunderbolts, Obama hurled the threat of presidential vetoes, sure that the prospect will cause all the lesser gods to grovel. But haven’t Americans faced down would-be tyrants before? Obama’s presumption should be a serious miscalculation.

However, the preponderance of available evidence suggests otherwise. Consider for example John Boehner’s comment on Obama’s speech (as reported by AP):


Finding common ground is what the American people sent us here to do, but you would know it from the president’s speech tonight. While veto threats and unserious proposals may make for good political theater, they will not distract this new American Congress from our focus on the people’s priorities.

This was a decidedly limp-wristed response to the brazen defiance with which Obama warned against legislative action to oppose his tyranny, on the very issues that most deeply riled voters in the last election (Obamacare, the Obama-sponsored invasion of the U.S. by illegal immigrants, the betrayal of America’s security, the barrage of dictatorial attacks against the authority of the U.S. Constitution). Yet Boehner’s plaintive Rodney King imitation is exactly what we have come to expect from the GOP’s quisling leadership. After all, their past and present actions suggest that Obama’s defiant contempt for the decent will of the voters is one portion of the ground Obama and the quisling leaders have in common.

Boehner’s comment begins with a palpable lie that illustrates this fact. The GOP won majorities in both Houses of Congress on the strength of voters adamantly opposed to Obama’s bid to transform America into a dictatorial socialist state. Getting along with his criminal assault on the U.S. Constitution had nothing to do with it. Boehner’s deceitful characterization of the election’s mandate walks a line that parallels Obama faction propaganda, according to which the recent election was a bigoted aberration that mustn’t be allowed to matter. The elitist faction directive is: Continue to frog-march America into the socialist abyss.

Boehner deceitfully ignores his obligation to respect the real priorities of the voters responsible for his party’s victory. He clumsily diverts attention from this dereliction with the truly false assurance that he and his quisling colleagues won’t be distracted from those priorities. (No need to be distracted from something you’re determined to ignore.) Such GOP deceitfulness is precisely what gives Obama license to fill the air with lies of his own, including a straight-faced reference in his speech to reducing the number of abortions, just as if he is not the high priest of the abortion cult.

With this reference, Obama illustrates the treacherous pitfall of the “common ground” Boehner refers to. “To reduce the number of abortions” is the mantra of those pro-lifers who (inadvertently?) end up securing state laws that legitimize abortion on the excuse of regulating it. As a result of their successes, even if Roe v. Wade were to be overturned tomorrow, the regime of abortion law imposed by court fiat (which is not law at all) would give way to a regime of laws in more than half the states that regulate the right to do what is against all right, thus subverting the acknowledgement of God-endowed justice from which the American people derive their right of self-government. 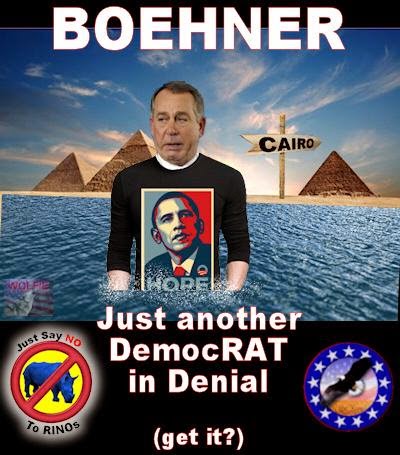 And what of the GOP’s response to Obama’s promise to rescue America’s mangled middle class? In the days when a true understanding of America’s success guided their rhetoric, conservative politicians answered lying leftist promises about government policies that “create” jobs by emphasizing that the true engine of job creation is entrepreneurship. They understood that it is especially new businesses that produce new jobs. This understanding went hand-in-hand with an authentic commitment to respectfully immunizing the material strength of the American middle class, of which entrepreneurship is the beating heart.

Thanks to the elitist faction assault on our middle class, America is no longer the No. 1 economy in the world. Moreover, as David Limbaugh recently noted, “for the first time in 35 years, the United States is no longer first but 12th among developed nations in business startup activity.” Meanwhile, behind a screen of deceitfully manipulated government statistics, the ranks of the hopelessly unemployed (people who have given up looking for a job in the regular economy) continue to swell.

The apostles of government job-creationism (including now many GOP leaders who have adopted their rhetoric) don’t aim to create jobs. They aim to induce dependency. They aim to transform free citizens, working for themselves in voluntary association, into dependent subjects, working to build new fiefdoms of despotic power for elitist faction governmental and corporate dynasties. The faction’s henchmen are gutting the substance of middle-class economic life (initiative, imagination and hard work). They mean to replace it with a framework of government distributed favors, given in exchange for loyalty without conscience and obedience without question. The only right goal for legislation in this respect is to stop them cold.


Read more at http://www.wnd.com/2015/01/obama-and-gops-treacherous-common-ground/#gT3BuyoJD4U2cx3H.99
Posted by SHIELD OF FAITH MINISTRIES at 9:37 AM