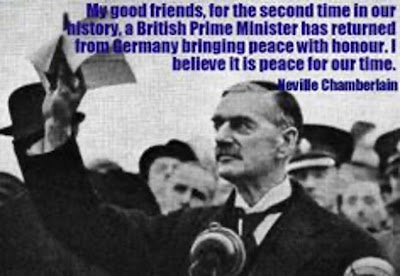 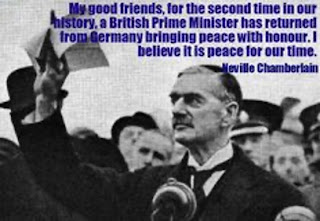 you can’t negotiate with the
ENEMY!
All you’ll get is empty promises
filled with
Platitudes and Phoney Euphemisms

The violence we see sweep our nation is truly troubling. We see chaos and violence of every sort
as our cities are ablaze. This exploded when police officers arrested a black man George Floyd for bouncing a check. They had him restrained his hands were cuffed behind his back, and the policeman had the suspect on the ground with his knee on his neck. The suspect was crying “I can’t breathe”… yet the arresting officer persisted… and the black man died as a result. This immediately resulted in peaceful demonstrations turning violent nationwide. There have been violent attacks on police, fire bombing of businesses and looting, with ongoing shootings in cities like Chicago where the death toll is increasing daily.

This violence is being led primarily by two     organizations “Black Lives Matter and Antifa”. The BLM’S excuses for their response is “righteous indignation”…This by no means justifies the chaos, and violence exploding in commercial districts, and affecting black businesses is an obvious contradiction to their stated goals.
let’s take a look at the stated goals… We will look at BLM first… We (BLM) are guided by the fact that all Black lives matter, regardless of actual or perceived sexual identity, gender identity, gender expression, economic status, ability, disability, religious beliefs or disbeliefs, immigration status, or location.
We make space for transgender brothers and sisters to participate and lead.
We are self-reflexive and do the work required to dismantle cisgender privilege and uplift Black trans folk, especially Black trans women who continue to be disproportionately impacted by trans-antagonistic violence.
We build a space that affirms Black women and is free from sexism, misogyny, and environments in which men are centered.
We practice empathy. We engage comrades with the intent to learn about and connect with their contexts.
We make our spaces family-friendly and enable parents to fully participate with their children. We dismantle the patriarchal practice that requires mothers to work “double shifts” so that they can mother in private even as they participate in public justice work.
We disrupt the Western-prescribed nuclear family structure requirement by supporting each other as extended families and “villages” that…collectively care for one another, especially our children, to the degree that mothers, parents, and children are comfortable.
We foster a queer‐affirming network. When we gather, we do so with the intention of freeing ourselves from the tight grip of heteronormative thinking, or rather, the belief that all in the world are heterosexual (unless s/he or they disclose otherwise).
We cultivate an intergenerational and communal network free from ageism. We believe that all people, regardless of age, show up with the capacity to lead and learn.
All the above translates into what is obviously a “deconstruction of the traditional black family”, which has been the foundation of the culture. They do this by promoting a black version of “women’s liberation” and the addition of the LGBT agenda (marginalizing and minimizing the role of the black man in the family)…Which is counter to the Judeo/Christian foundation the black family “historically” has been founded upon. The further deconstruction of the “traditional black family” is found in the concept of “it takes a village to raise children”. This means you no longer are able to raise your children Instead a committee Or cadre will take your children and indoctrinate them with ungodly “Marxist socialist principles”…This is “Hidden away” in the above self described goals and principles.
Several things are fueling the rise to power of these groups. The first and foremost is “ignorance“…The “emotional” outrage related to the murder (by police) of George Floyd is understandable. The name “Black Lives Matter” and it’s battle cry “I can’t breathe” fan the flames of outrage causing thousands to run to their support! Unaware of their true purpose.Some may agree with their purpose, while others blindly climb aboard! This includes “well-meaning Christians” both black and white. They are trying to be peacemakers in the midst of this mess. The white liberals are caught up in the ungodly expression of “white guilt” as it relates to slavery atrocities, and post civil war reconstruction, and the Jim Crow era etc. This is expressed by the public humbling and degrading of themselves by kissing the feet of any black person and begging their forgiveness. This is expressed in many other ways that I won’t get into at this point.

(Video taken down by BLM)

The following is to both my Black and White Christian brothers and sisters… Remember! The Lord said “HIS grace is sufficient for us” and “you shall know the TRUTH and the TRUTH will make you free”. Pick up THE BOOK! and trust in the WORD of GOD!
There’s nothing wrong with being uninformed or ignorant but willing ignorance is a sin and a shame. It is the difference between I don’t know and I don’t care.

Posted by SHIELD OF FAITH MINISTRIES at 3:20 PM